Designing and engineering the Steel Explorer, a visualization tool for structural engineers to select the most efficient beam

NOTE: New to the Steel Explorer? Read about it here.

The purpose of this post is to highlight things that come to mind when reflecting on my time designing, iterating, and building the Steel Explorer. Some are tips, some are tricks, and some are learning lessons. Enjoy! 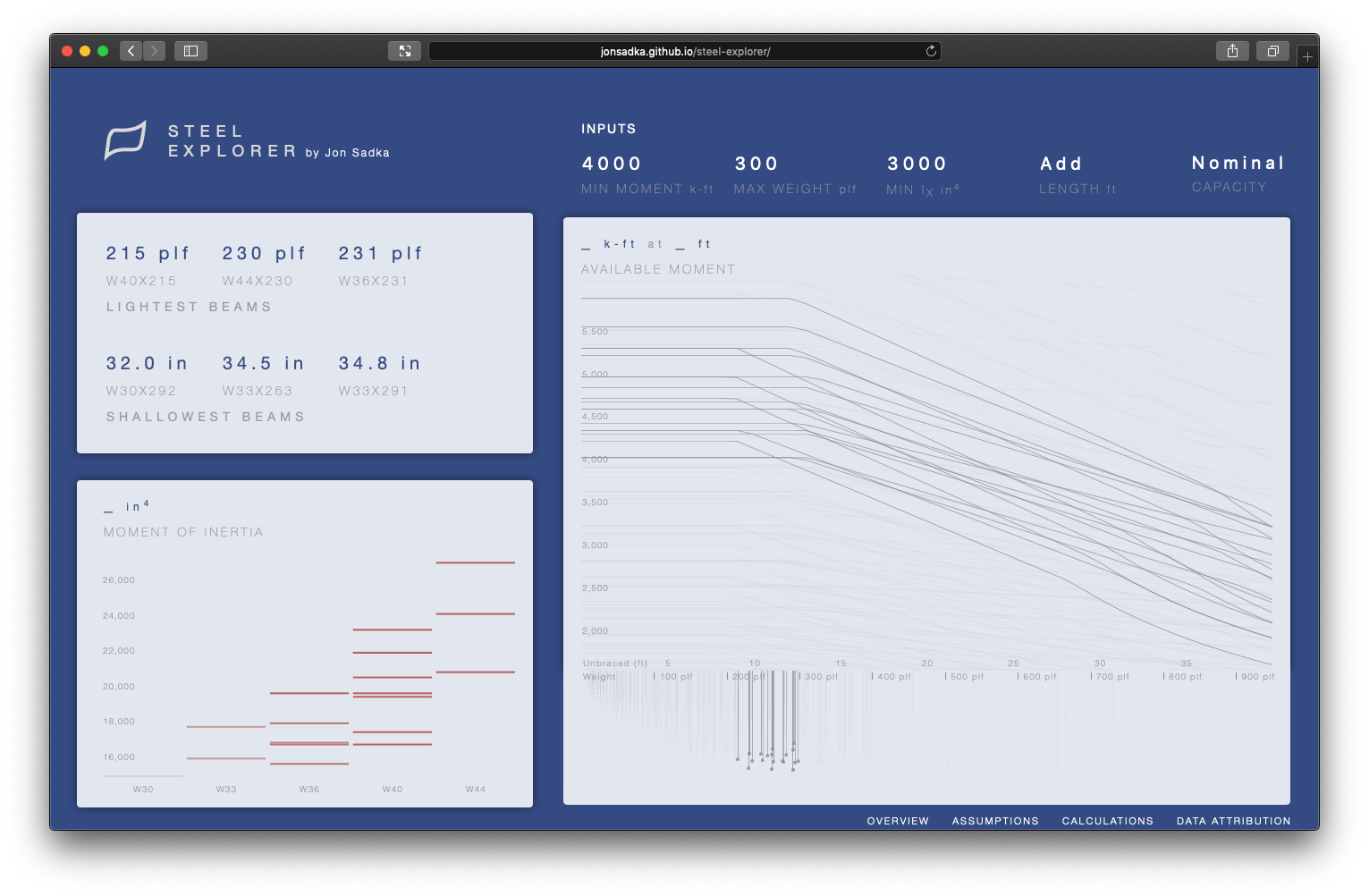 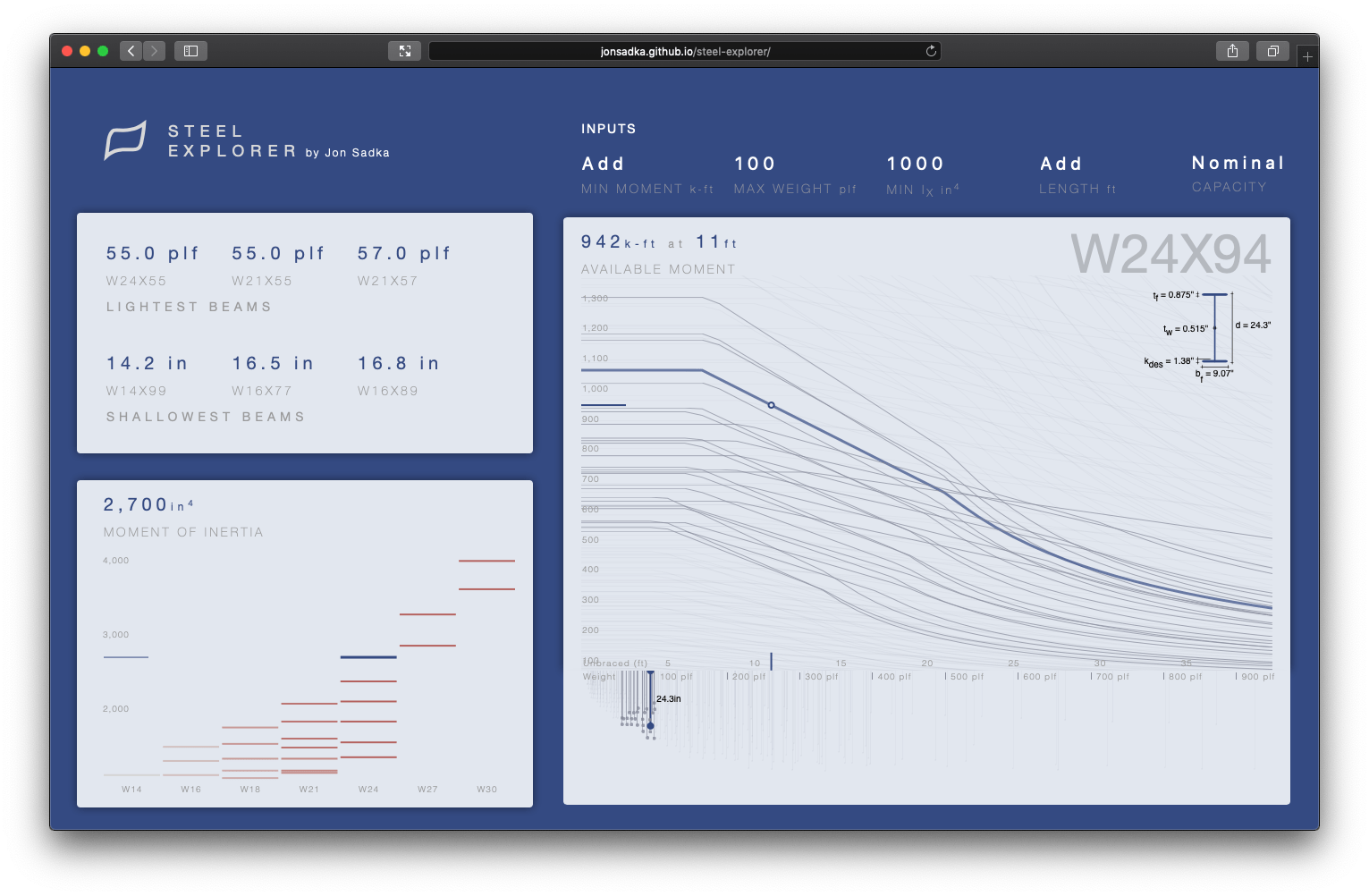 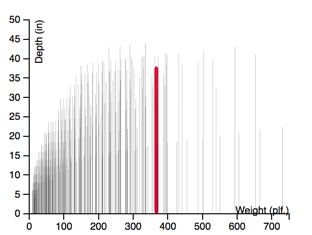 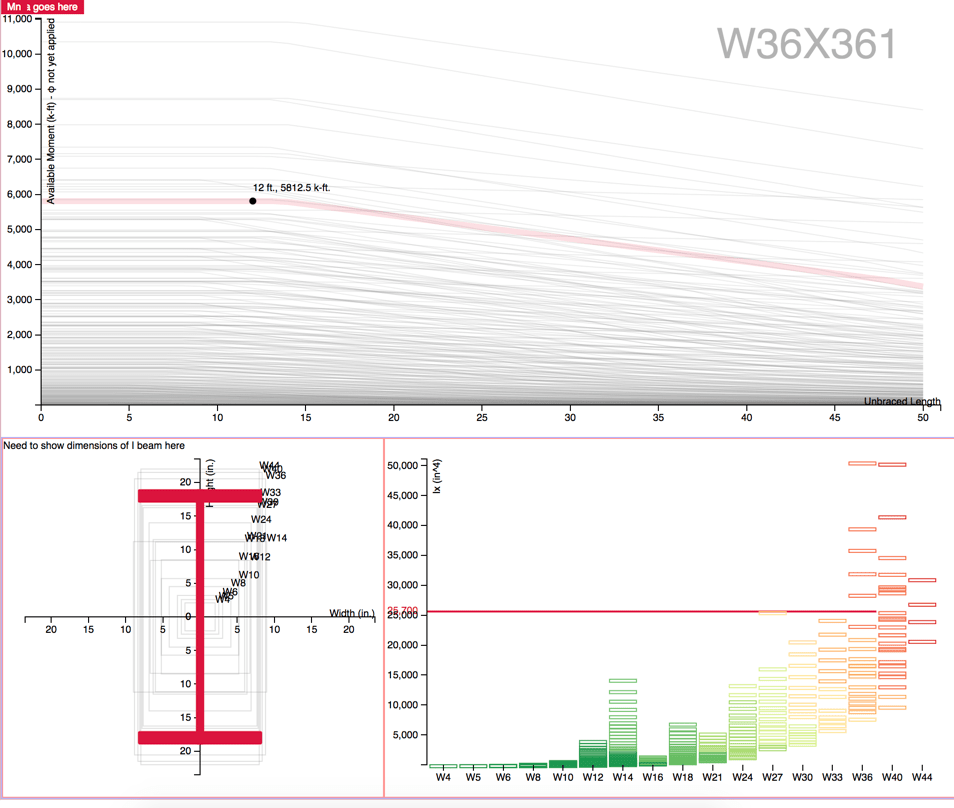 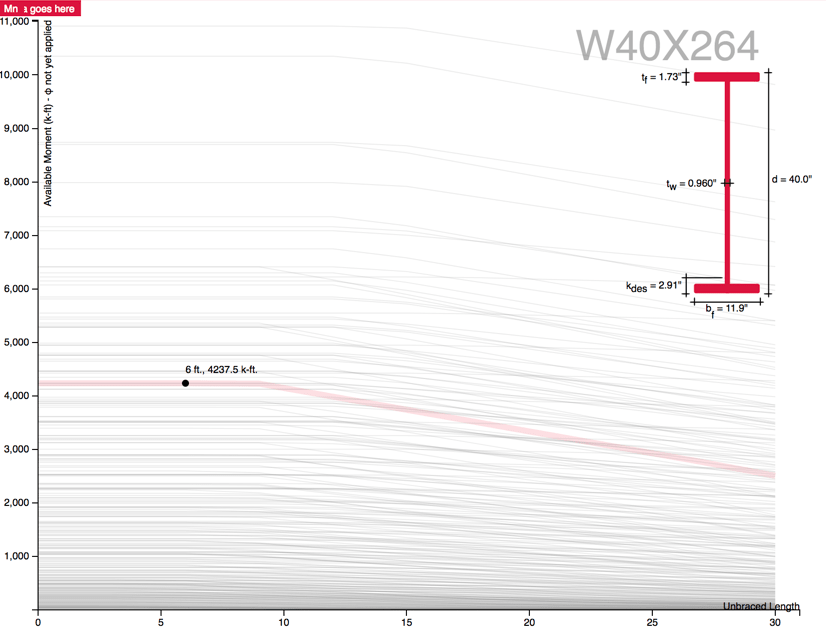 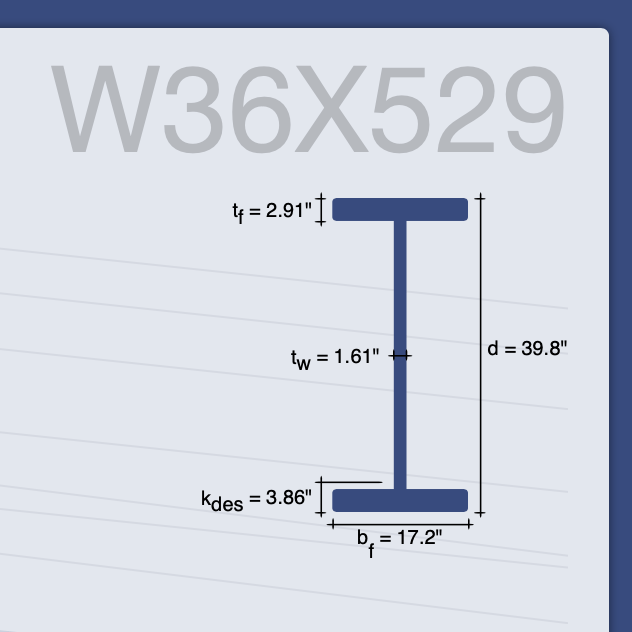 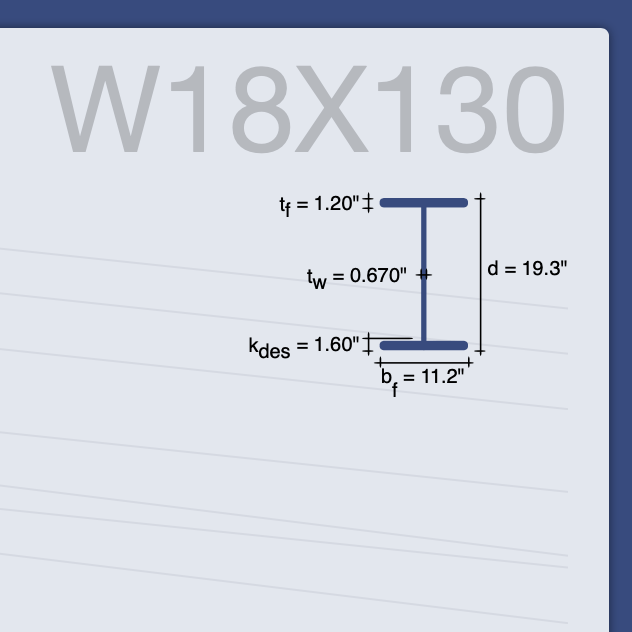 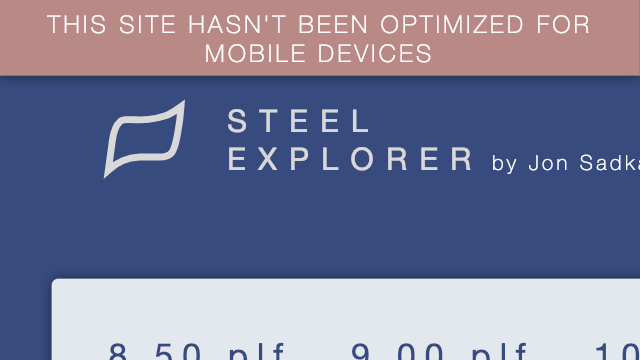 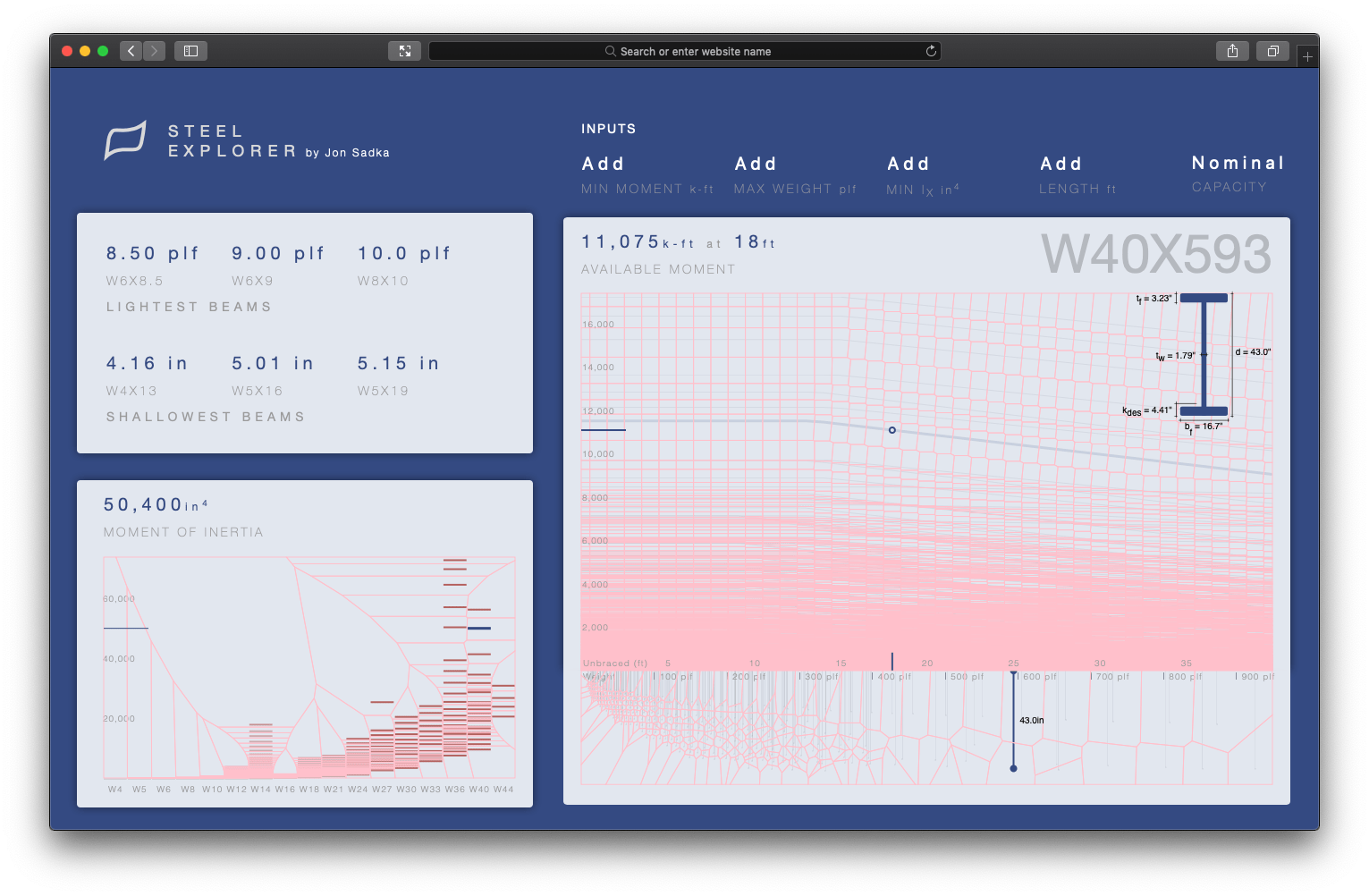 I think it's important for you, the reader, to know that I started this project over two years ago and it took a lot of time, hard work, and persistence, just like all the other projects being created and shared. The project had many struggles, many imperfections, many times where I wanted to give up, many instances where I felt like I didn't know what I was doing, and many other difficult moments.

I provide this color because often times we make up stories in our heads that the work being created by others happens so effortlessly, easily and quickly when in fact the opposite is true. Fight the feeling of imposter syndrome and remind yourself that you are totally capable of achieving whatever goals you set out for as long as you work hard and are persistent.

Below are screenshots of the Steel Explorer at various points in time during the development of the project, in chronological order (top left to bottom right). 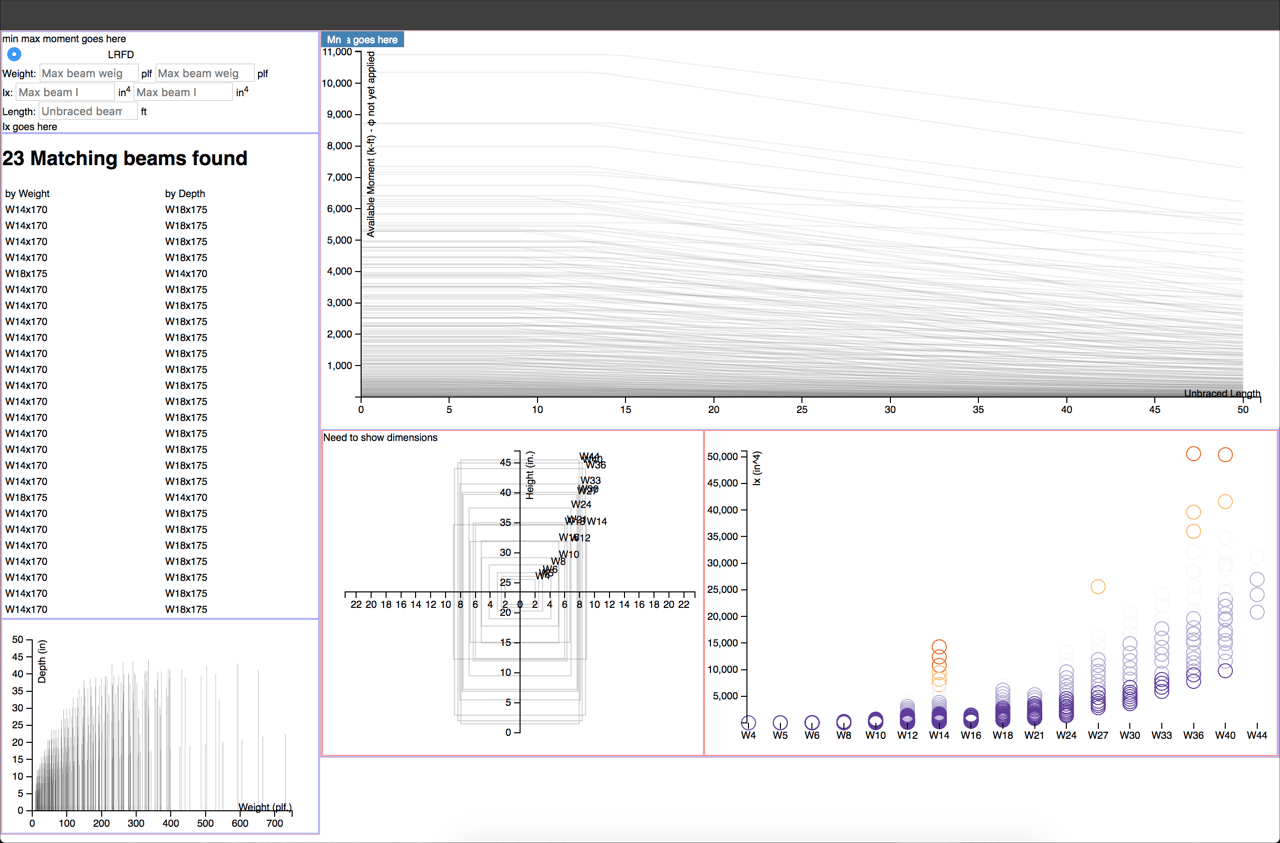 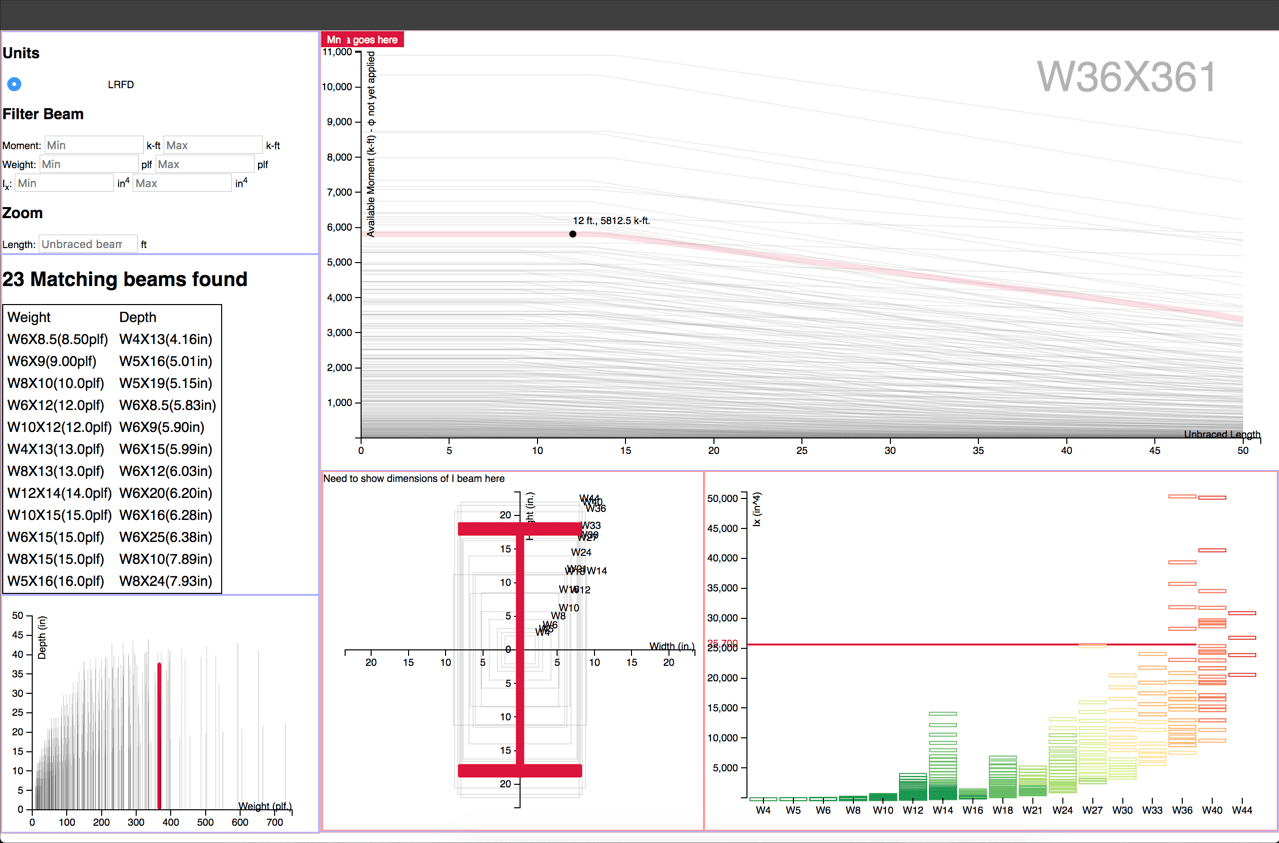 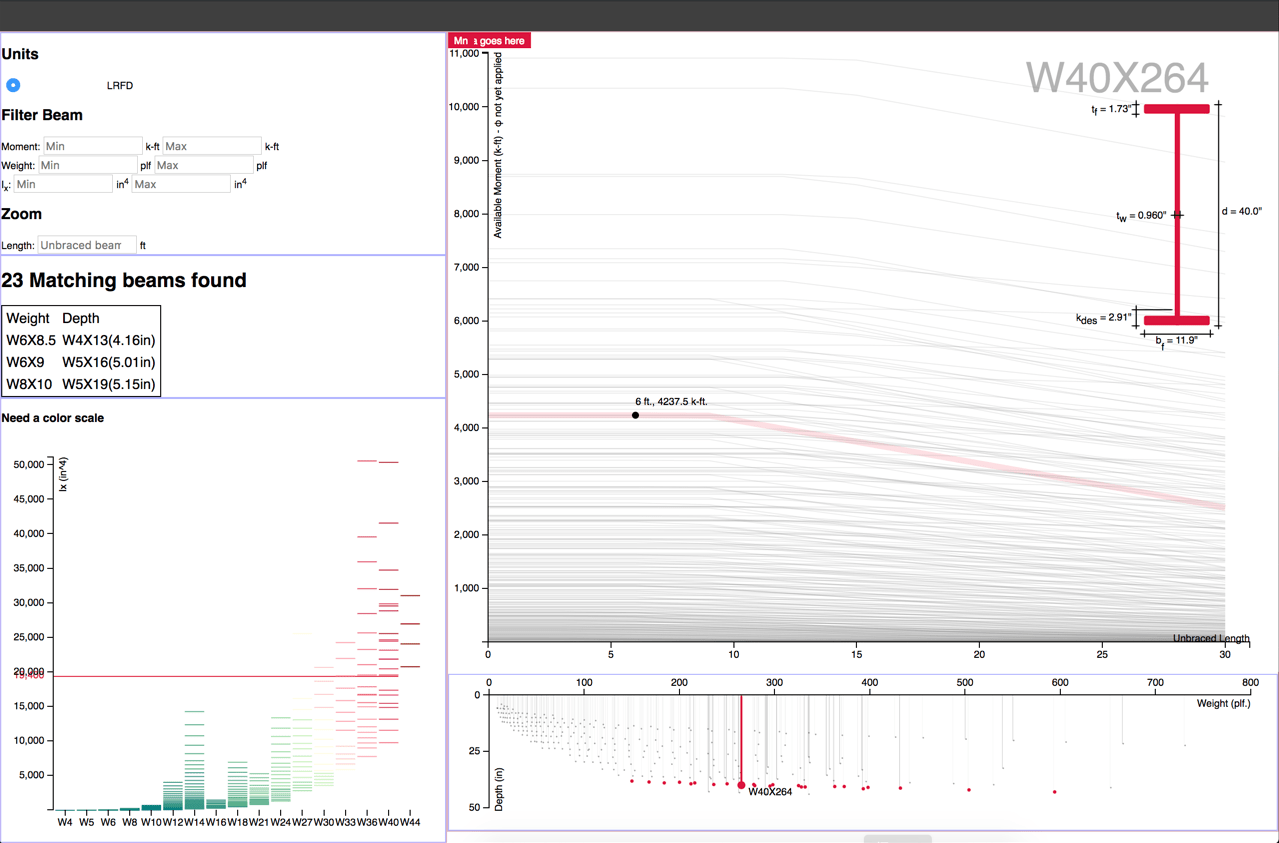 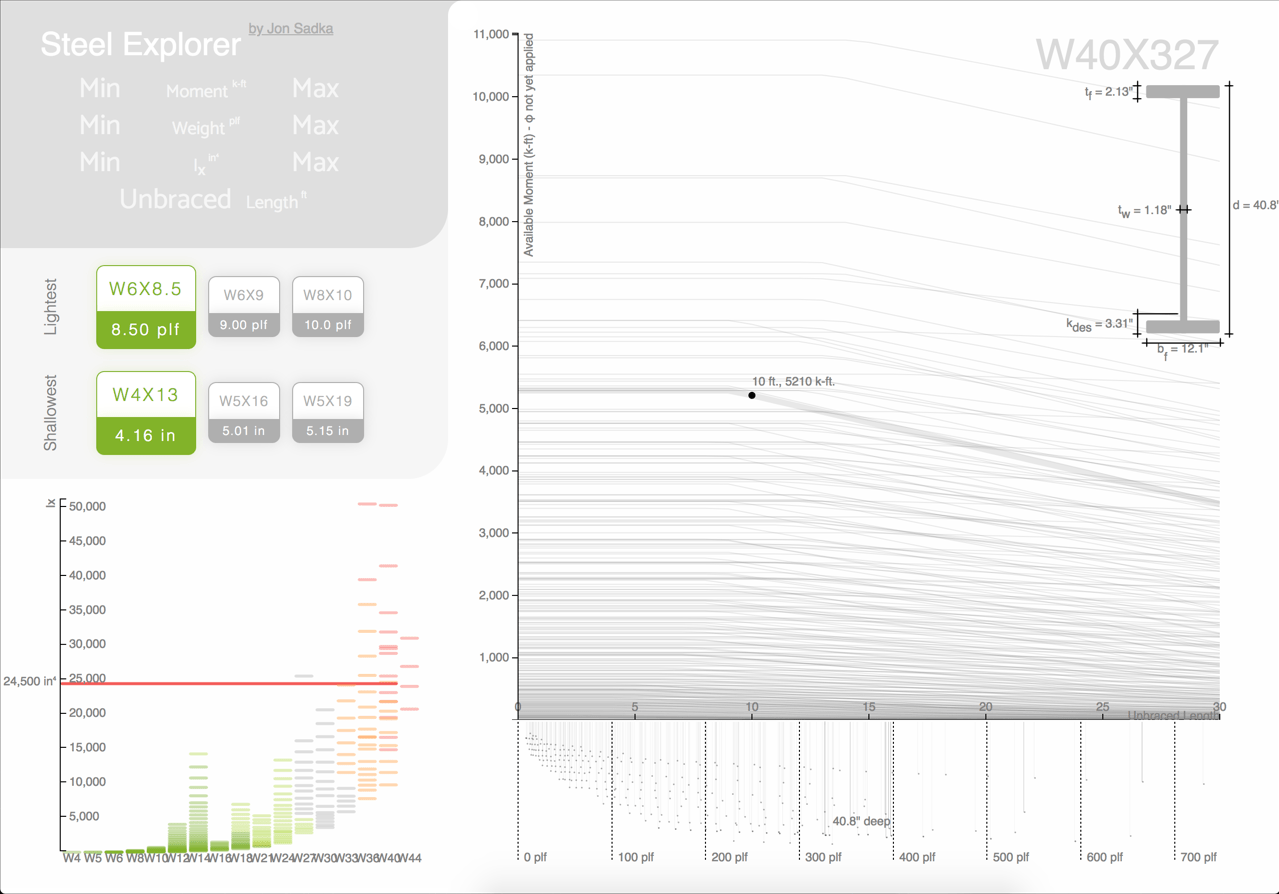 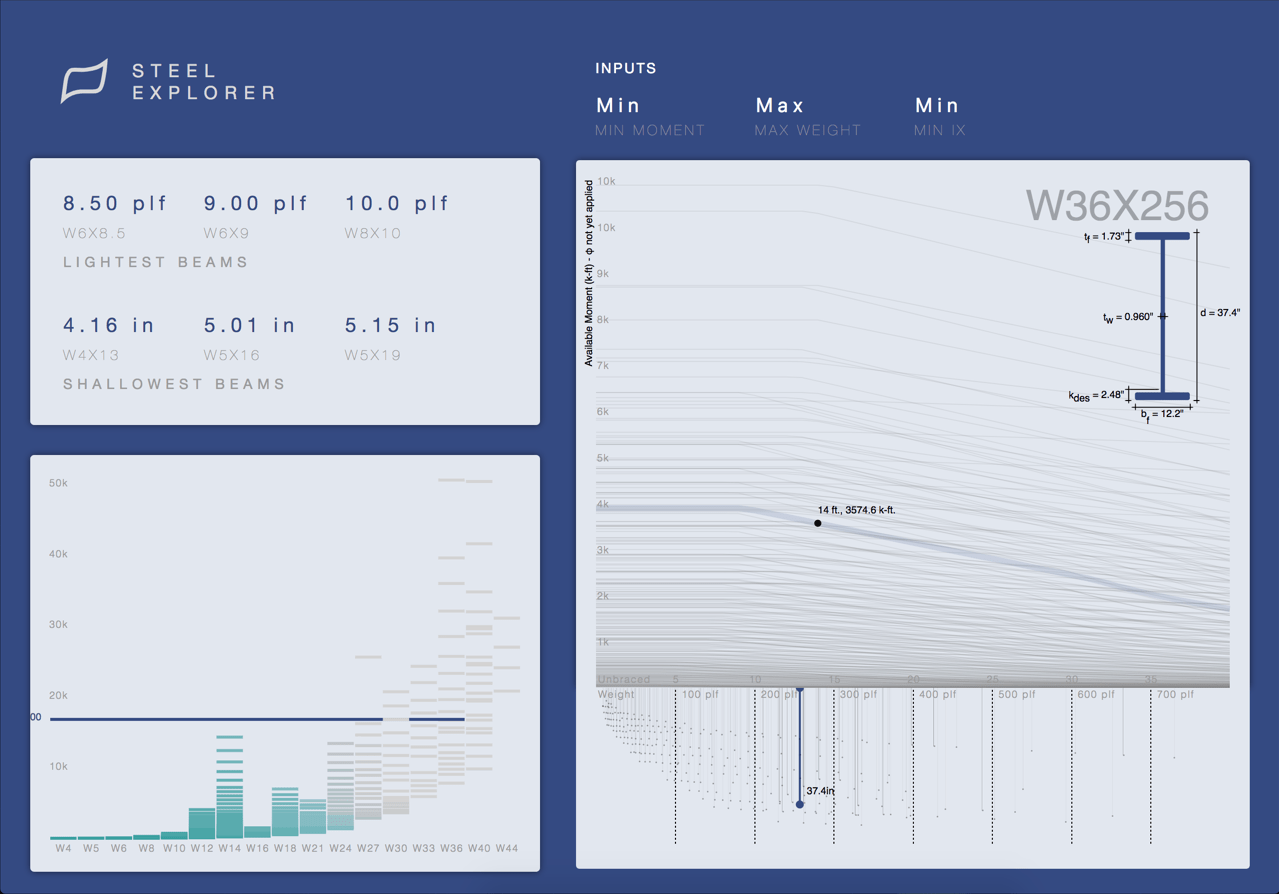 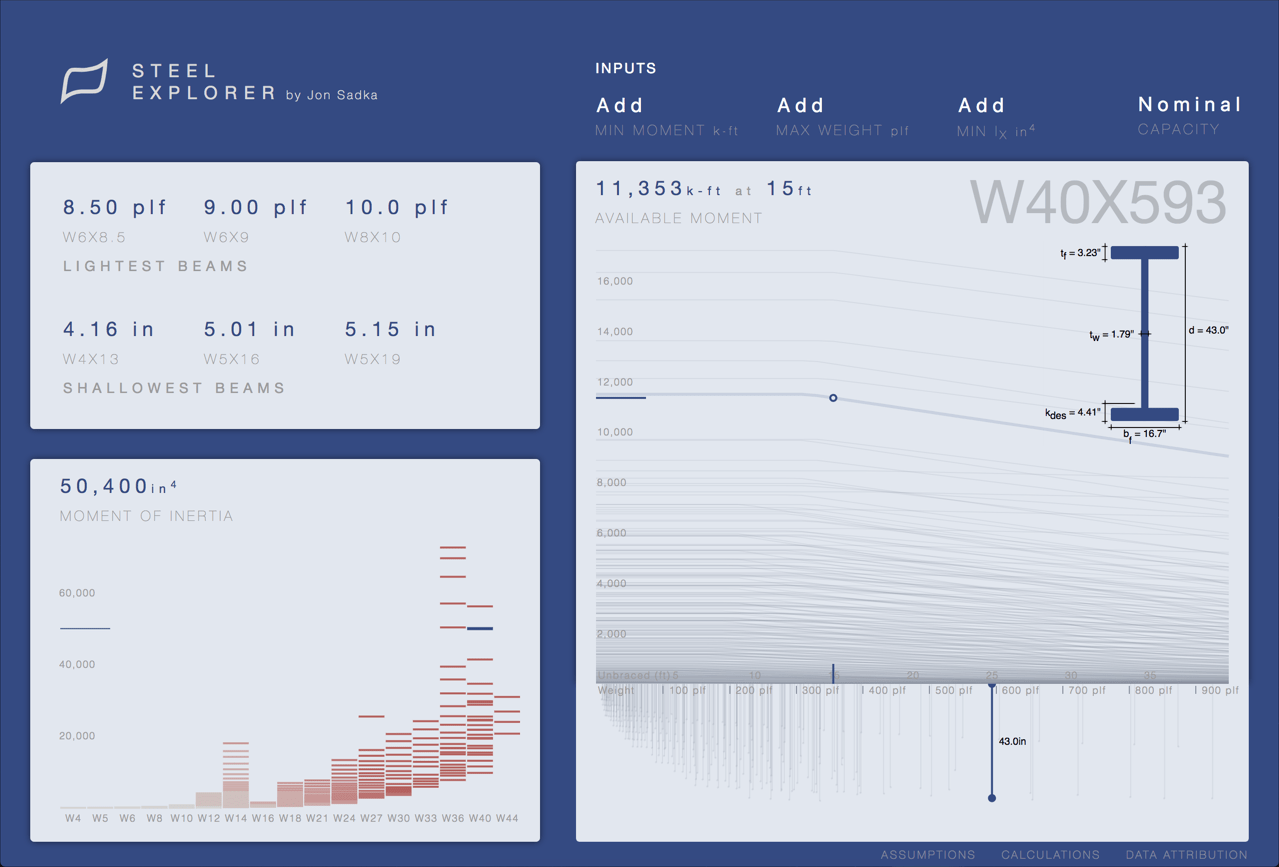